Time to put men at work.

As I was continuing with my series of reversal roles, bees came into my mind. They are such a good example of collective work. Then I thought how I could apply a reversal role with them. They are such hard workers and I thought, they deserve a rest! The idea then formed in my mind. It was time to put men at work and give the bees a break! They would sit happily in a flower, talking away and drinking their most delicious drink—honey or something else?

I first draw the bees and I wanted them to be gentle, delicate. I coloured them using a crayon brush. The flower was also in crayon. The next step was to create the environment. Grass, a tree at a side with its leaves and what else?

A honeycomb! And it would be in it that several men would be hard at work. For the honeycomb, I created a pattern in Photoshop and restricted it in an ellipse shape.

The men was actually created individually in a few different positions. Once they were created, I copied some of them and rotated, increased or decreased to ‘overpopulate’ the honeycomb and also to give variability.

Here is the result and it is part of a printable calendar, which the bees are representing April 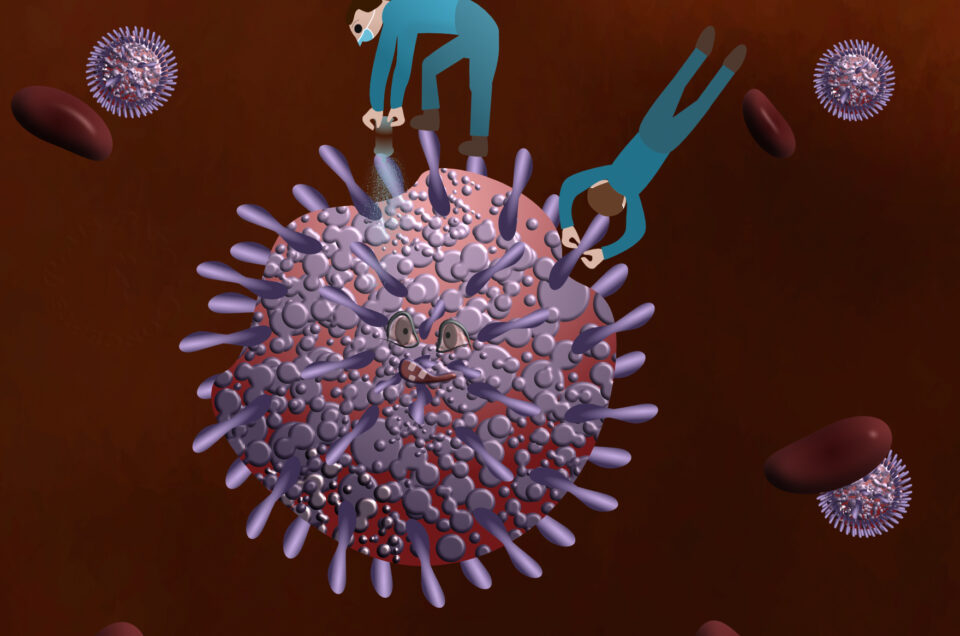 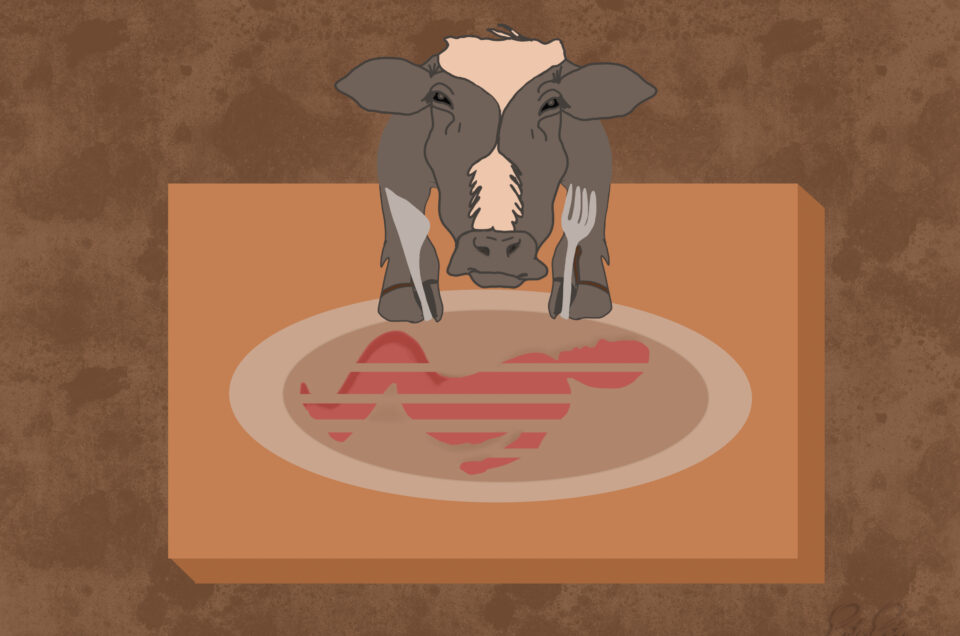